Day 1
Flight to Tel Aviv. Upon arrival, tour guide will extend welcome to guests at the airport, and you will then proceed to the hotel to rest for the night, to relieve the fatigue from a day of travelling. 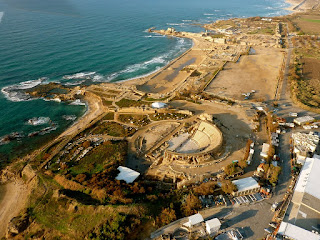 Afterwards, you will be heading to a Kibbutz – a unique socialist community farmland for a communal lunch, where you will experience an authentic socialist lifestyle that incorporates ideals on production and consumption. You will travel by car to Haifa, and visit one of the wonders of the world, the Hanging Gardens of Haifa. Next, we will make a visit to the home of Mother Mary, Nazareth. You will tour the Basilica of the Annunciation – the birthplace of the New Testament, and the largest church in the Middle East today, where mosaics of Marian devotions from different countries around the world are displayed. Return to hotel, rest for the night.

Day 3 - Tiberias
The day’s tour itinerary will begin after breakfast, with the first stop being Golan Heights, to Mount Bental where an old Syrian stronghold fortress is located, to experience where the Israel-Syria battles have occurred. Afterwards, you will proceed to touring the places of interest around Sea of Galilee, such as The Church of the Multiplication of the Loaves and Fish, Church of the Beatitudes, Capernaum. Enjoy a boat tour around the Galilee Lake, marvel in the magnificence of the charming lake, which is 207m below sea level. Afterwards, visit Tiberias, a picturesque town on the shores of Lake Galilee. Explore the scenery and sights of Tiberias. Rest for the night at hotel in Tiberias.

Day 4 - Tiberias - Jerash - Amman
After breakfast, we cross the border from Israel to Jordan via the Sheik Hussein Bridge checkpoint. Along the way, we will visit the Yardenit baptismal site. Once we have crossed the border into Jordan, we will explore one of the best-preserved Roman city ruins in the world – Jerash. If time permits, we will then sightsee around the city of Amman. Rest for the night at hotel.

Day 5 - Amman - Petra
After breakfast, head to Petra by car. Visit the ancient city of Petra, which is also named Rose City due to the color of the stone, which it is carved from. The entire city’s architecture is built from such rose-colored stones, and erosion from winds has imprinted a dream-like color and vibrancy to Petra under the sun. Rest for the night at a Petra boutique hotel.

Day 6 - Petra - ALLENBY - Jerusalem
After breakfast at the hotel, visit the city of mosaics – Madaba and Mount Nebo, where according to biblical legends, Moses was granted a view of the Promised Land. Thereafter, we cross the border via the Allenby Bridge Crossing, and arrive at Jerusalem. We will spend the night in Jerusalem.

Day 7 - Jerusalem
After breakfast, visit the Holy City of Jerusalem – a city of significance to 3 major religions. First, we will arrive at Temple Mount – Dome of the Rock. At the foot of the Temple Mount, we will visit the holiest pilgramage in the Jewish faith – the Western Wall. Here, you can lay your hands on the wall and pray, and you can write your prayer onto a slip of paper, and place it into the cracks on the Western Wall, communicating your prayers to God. Here, you can take a photograph with armed soldiers from The Israeli Special Forces, you can also witness the Bar/Bat Mitzvah rituals held at the Western Wall every Thursday. Then, we walk in the footsteps of Jesus on Via Dolorosa, through the Stations of the Cross, ending at the Church of the Holy Sepulchre. Here resides the Stone of Anointing, and tomb in which Jesus was once buried in. We will then visit the Yad Vashem - The Holocaust Remembrance Center, the Israeli Parliament Hill and Knesset Menorah, as well as the New City of Jerusalem (by car). We will spend the night in Jerusalem. 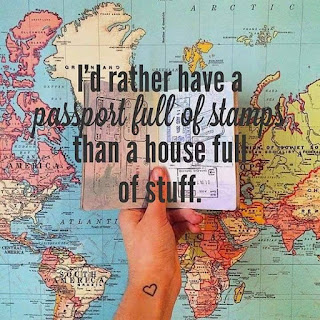 Day 8 - Jerusalem - Masada - The Dead Sea - Jerusalem
After breakfast, we will head to a Jewish holy site – Masada, a UNESCO World Heritage Site. Then, we will move to the Dead Sea, where you will experience floating in its unique waters, go for a Dead Sea mud spa. The salinity of the Dead Sea is 33%, which is 8-10 times as salty as regular seawater. On the shores, rocks are coated with layers of striking salt crystals. The environment, air, water and Dead Sea mud here have amazing rejuvenation qualities to our wellbeing. Rest for the night at hotel in Jerusalem.

Day 9 - Jerusalem - Bethlehem - Tel Aviv - Home
After breakfast, we will tour the Old City of Jerusalem, relish in the panoramic views of Jerusalem on the Mount of Olives. We will walk on roads where Palm Trees grow, and visit the Dominus Flevit Church, the Gethsemane Gardens, The Church of All Nations, Mount Zion, the Cenacle and the Tomb of King David. After exploring the lively markets, we will make our way to Tel Aviv, where we will visit the iconic street of Dizengoff, Rabin Square, and Jaffa Port, the oldest sea port in the world located on the coast of the Mediterranean Sea, where many Israeli artists reside and congregate. Here, you will stroll on the lovely beach overlooking the Mediterranean Sea. Finally, we will proceed to Ben Gurion Airport, and return home.
פורסם על ידי Admin ב- 10:19 AM